Team players to the max

While the markets continued with steady growth in January and February, capping off more than a productive decade, AM Global Family Investment Office took a measured approach to serve its client families.

Based in West Palm Beach, Florida, the firm works with families who have created substantial wealth, and a few who are on their way to doing so. 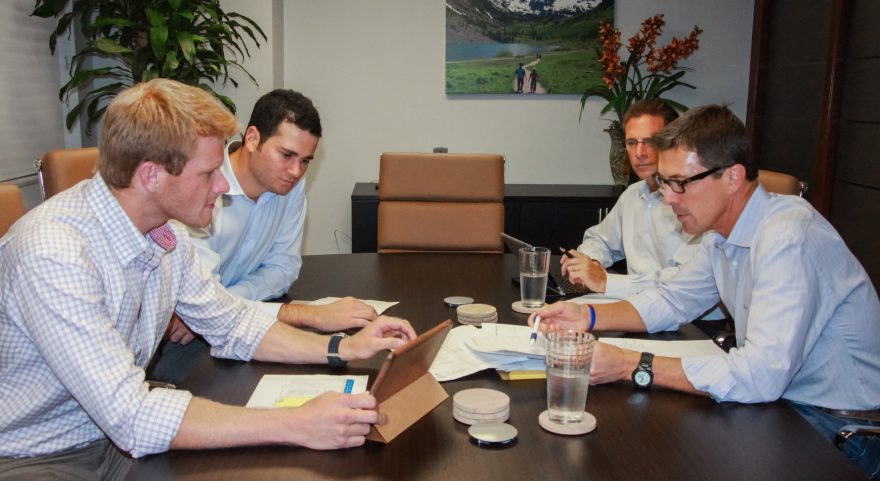 Andrew Mehalko and Steve Barimo, co-founders and lifelong friends, use a commonsense approach to investments—both for themselves and for their clients. Since they are invested alongside the families with whom they work, they are particularly careful and use the same investment strategies they recommend to their clients. The fee-only business model ensures that the firm only prospers if the clients do.

It’s an approach that Mehalko and Barimo acknowledge may not suit high rollers, but has proven effective for steady asset growth.

“It’s better to apologize about making them a little less money than for losing them a bunch,” says Mehalko, whose eyes are perpetually focused long-term. “It’s OK if we don’t capture everything when the markets get a little crazy. Our clients are already wealthy and we’re not going to expose them to big losses.”

After January and February, the markets became more volatile, and global equity markets went south before the end of the first quarter. Bond markets also struggled, as the Fed continued its path toward incrementally higher interest rates. The president’s talk of tariffs was blamed for causing more market instability.

While many firms may feel anxious with such market activity, the AM Global investment philosophy was built to withstand such market occurrences. In fact, Barimo and Mehalko often cite the market volatility as an opportunity for hedged strategies. Any investment period is bound to carry variables, they remind, and the first few months of 2018 really weren’t unlike what they had seen before.

“The markets have this psychological nature to them, cycling between fear and greed,” Barimo tells Vision. “One of our key roles is to sit outside of the cycle and be agnostic about it; recognize when people get greedy, and when they’re fearful, and act appropriately.”

Given the nature of AM Global’s clients—largely baby boomers and self-made success stories—few, if any, are unduly worried month to month or even year to year.

“Many of our clients have built and sold businesses, creating wealth beyond what they likely envisioned,” Barimo says. “But that’s no guarantee it’s going to last beyond the next generation.”

Nothing’s lost in translation, at least not at AM Global.

AM Global being a family office-type firm—one entrusted with growing an already wealthy family’s holdings—thus bears a special responsibility to its very select clients.

Founded in just 2012, the firm already has about $400 million in assets under management, from about 20 client families. While Barimo and Mehalko want growth, they’re not going to let it dilute the investment experience or personalized service they provide clients.

In due time there may be added personnel, but right now the in-house services are carried out by a staff of six, each of whom brings a particular expertise: investment analysts Colin Hickey and Sean Boner, client advisors Maria Pia Leon and Victoria Karasin, operations and compliance director Amy Heaney, and operations manager Diana Hernandez.

“If I was to say what sets us apart from other firms, it would be our transparency and independence,” says Barimo. “It’s independence from financial conflicts with clients, not hitting them with hidden fees or having to sell them products. We are also independent from the investment managers we invest with, which means we can hire or fire a manager solely based on merit and judgement.”

Their families living just a couple of houses apart in the city of Hialeah, just outside of Miami, Barimo and Mehalko trace their friendship to when they were both youngsters. After Mehalko’s mother died, he became like another brother in the Barimo family, spending much time at his friend’s house while his father worked.

Mehalko, now 53, would go on to earn a BS in finance from the University of North Carolina at Greensboro, and hold various positions at The Legend Group and DC Global Investment Management before becoming chief investment officer from 1999 to 2011 at GenSpring Family Offices (formerly known as Asset Management Advisors) in Jupiter.

Barimo, 49, enhanced a BA in economics from Bucknell with an MBA from Duke University’s Fuqua School of Business, and reunited with his old friend by becoming chief innovation officer at GenSpring in 2001, and then moving to its Jupiter office as chief marketing officer and head of business development. Those were boom times for GenSpring, its assets under management growing from $400 million to over $20 billion and the clientele including over 700 of the world’s richest families.

With the experience of managing more than $20 billion for some of the world’s wealthiest families, they have a good understanding of what works, and what doesn’t. After founding AM Global Family Investment Office, they brought many of the best practices and investment acumen that led to that success, while doing things a bit differently.

Six years later, there are no regrets. Their investment philosophy, which could be described as “sophisticatedly simple,” has withstood the test of time, and the two founders expect it to continue to do so.

Mehalko boils it down, “While the financial industry as a whole makes investing more complicated than it need be, often to the detriment of individual investors, successful investing is much more straightforward: Be disciplined around valuation (don’t overpay) and investor psychology (buy from the fearful and sell to the greedy), and you will be fine.” 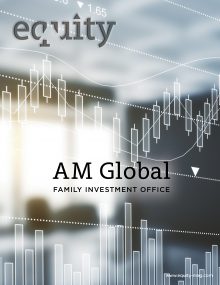