A Cornell-educated engineer, who applies that very calculated discipline to the investment world, Ryan J. Morris says he knows of two ways of making money and one of them just doesn’t appeal to him.

That alone might set this enterprising young man apart from his competitors picking stocks and bonds or, as Morris puts it, “moving paper around.” His sights are on sleepy niche industries where exponential technologies like artificial intelligence, the Internet of Things and sustainable energy can be a disruptive force. This “entrepreneurial alpha” approach requires heavy lifting and unique skills, but is the reason why so few others can compete at the same level. 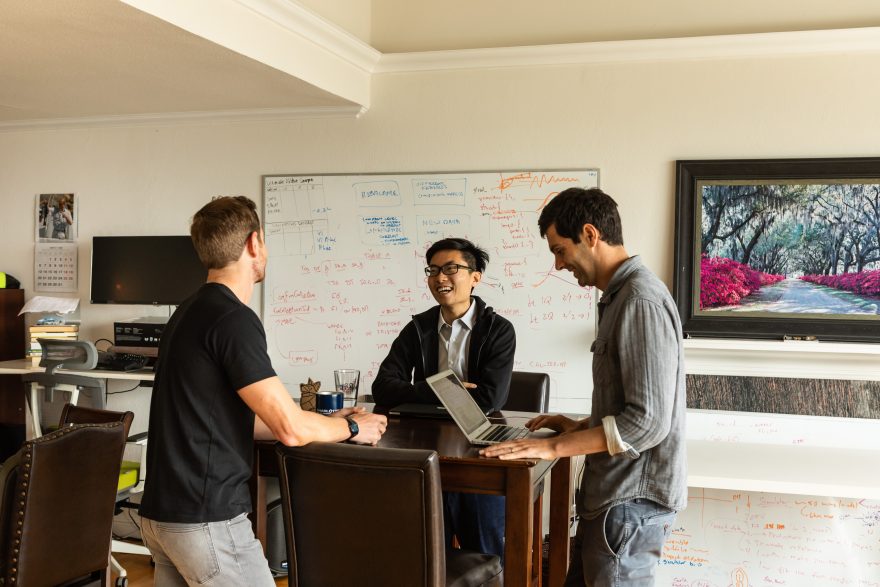 Such investments also needn’t be with corporate heavyweights, Morris tells Equity. The most potential might be with a small or mid-sized public or private company whose strategic position may have taken years to develop. A stake in a $50 million company, poised to be an economic disruptor, could be just the ticket to effect change.

Having chaired and turned around three public companies after prevailing in “activist” takeovers earlier in his career, the 34-year-old Morris has proved a most formidable presence in the boardroom. Oftentimes, he’ll tell you, by being sold short by seasoned executives who should have known better.

“It’s like baseball,” says Morris, who founded Meson Capital Partners in 2009 and is based in San Francisco. “You swing a heavy bat in practice, and I started my career with turning around dysfunctional organizations. It’s made the challenges of building growth companies with great operators feel light by comparison.”

Morris came out swinging in late 2011, leading a shareholder activist movement at InfuSystem Inc., a Michigan-based health care company whose stock was trading at just $1.20 per share after steep declines. Morris’ actions culminated in an overhaul of company governance, with an unprecedented settlement for five of the seven director seats. 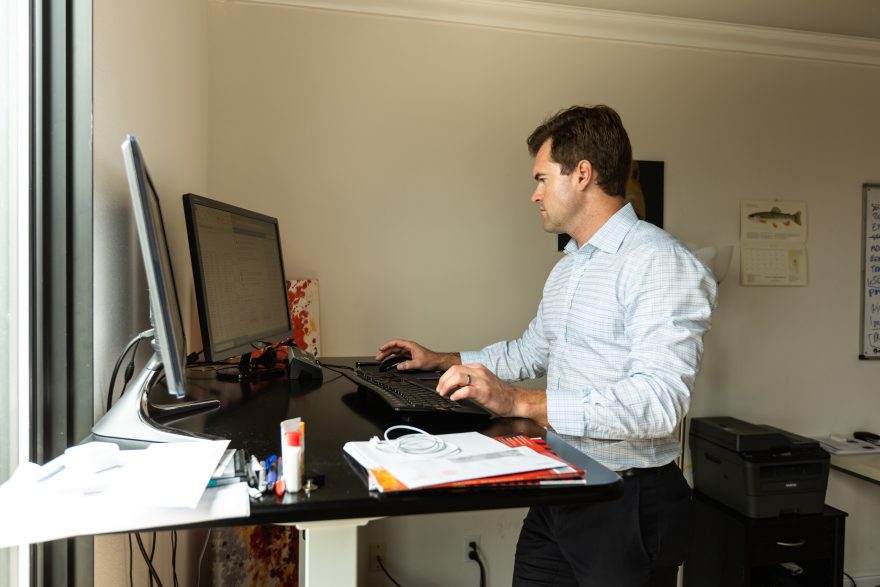 “Our prime mandate is to create value for all shareholders,” Morris said upon assuming the role of executive chairman, where he would serve from 2012 to 2015. “Further, we believe that our personal economic fates should continue to be entirely tied to performance.”

Changes included new board members being compensated solely in stock options, and a leveraging of InfuSystem’s market strengths with emerging growth opportunities. When Morris stepped down as chairman in May 2015, InfuSystem was trending upward and trading at $3.20 per share.

Overlapping this health care turnaround, he joined the board and served as chairman for a year at Houston-based Lucas Energy Inc. It was a successful operational turnaround, but a pyrrhic victory, with the price of crude dropping from $120 to $40 a barrel, decimating the entire industry.

“We were able to reposition the company to survive the storm,” Morris says. “But there was a lesson to be learned: Never go into business with a commodity risk that you can’t control. It got me to open my eyes and switch sides to electric vehicles. I like Ray Dalio’s phrasing of ‘pain plus reflection equals progress.’ After this experience in 2013, I repositioned to always be on the right side of disruptive industry forces.”

That would be Sevcon, a British manufacturer of power electronics for industrial electric vehicles. Morris served as a director from December 2013 to September 2017, and as executive chair for part of 2016. Morris recognized that Sevcon’s core technology could be leveraged into the nascent but growing market for on-road electric vehicles and pushed for a rapid increase in R&D. Upon joining the board, Sevcon’s stock was a mere $5 per share, but four years later sold for $22 to Michigan-based BorgWarner, creating tremendous value for shareholders and investors.

Today, Meson’s largest investment is in Software Motor Co., which has developed the most efficient and intelligent electric motors in the world. Morris serves as executive chairman and is seeking to disrupt the $100 billion electric motor market that hasn’t changed in decades. Their initial market focus is HVAC, refrigeration and specialty industrial applications.

“SMC is converting a traditional component sale into a system solution sale thanks to new and deeply patented technology. It’s better value for customers and the energy savings will have a massively positive impact on reducing pollution,” says Morris.

Down to a science

Morris views his investing approach as inseparable from science and engineering. Meson is named after a subatomic particle that reflects Morris’ approach of “breaking things down to their first principles.”

He’s also quick to reference Moore’s law—the exponential price/performance improvement in info-tech. Leave it to Morris to be able to apply that principle to investing. In addition to Meson’s direct industry investments like SMC, the team has aimed its sights at disrupting their own slow-moving industry of asset management by using machine learning. 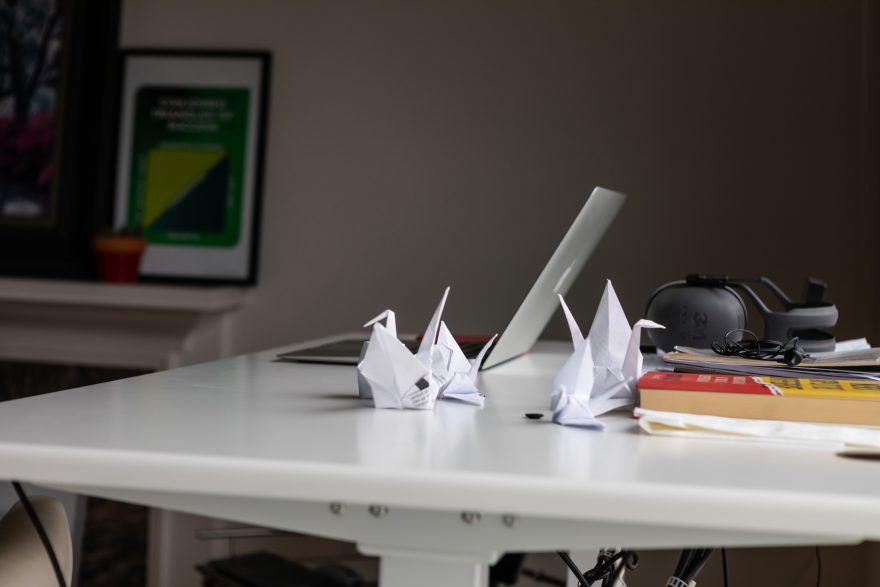 They call their effort “Gravity,” as it has proven particularly adept at selling short companies that are more likely to decline in value—thus serving as a hedge in down markets. “Unlike quant black boxes, we can now effectively automate the long-term fundamental analyst pattern recognition skillset by merging machine learning with investing experience,” he says.

It helps Morris’ cause having partners who share science and engineering backgrounds. Another Cornell engineering grad, Paul George, is chief software engineer—a position that few investment firms can claim.

COO Nathan Wilson did algorithmic research for a Chicago-based High-Frequency Trading group before heading research and data at a San Francisco start-up. He works alongside data researcher Kevin Liao, who uses statistical models to deliver insight from large datasets.

Yet for all the mind-boggling aspects of Morris’ brand of investing, it boils down to a key first principle: What’s our competitive advantage? If nobody can readily answer that question, just move on. 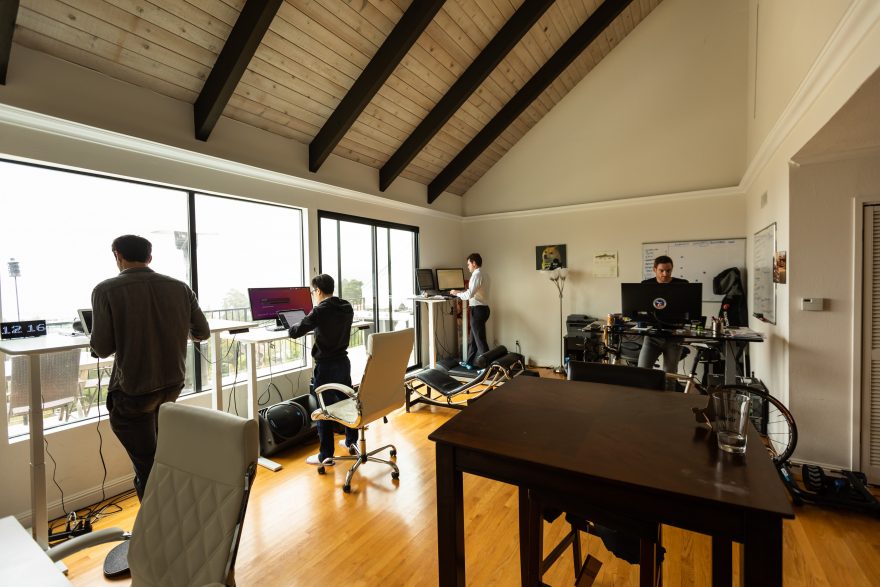 “The world will always have a shortage of entrepreneurs willing to do the heavy lifting of building a business and driving change,” Morris assures. “We focus that energy with our passion for technology into industries where competitors are slow to respond. Physically transforming the world is more profitable than moving securities around.”

He’s been changing the world since graduating Cornell with Bachelor’s and Master’s degrees, having co-founded a software company, VideoNote, in 2009 with fellow alumni Paul George. A fan of Warren Buffett and inventor Ray Kurzweil since boyhood, Morris has been written up in Bloomberg as possibly the next Carl Icahn.

At 34, Morris has been based in the heart of Silicon Valley for over six years and prefers the creative challenge of solving hard problems. “My two superpowers are extreme persistence and calm under pressure,” says the former champion collegiate rower and professional road cyclist. “I learned both from two very difficult and painful sports.”

For that his rivals can attest.