It’s a most uncommon approach to financial planning and wealth management. Inclusive and holistic in ways that far transcend how other firms claim to operate, “Empowering Financial Wellness” is the mantra.

But as Robert J. Goellner—CFP®,ChFC, CLU, the founder and senior partner of Common Interests in Metuchen, New Jersey—likes to say, the aforementioned procedures should not be reserved just for the well-to-do. 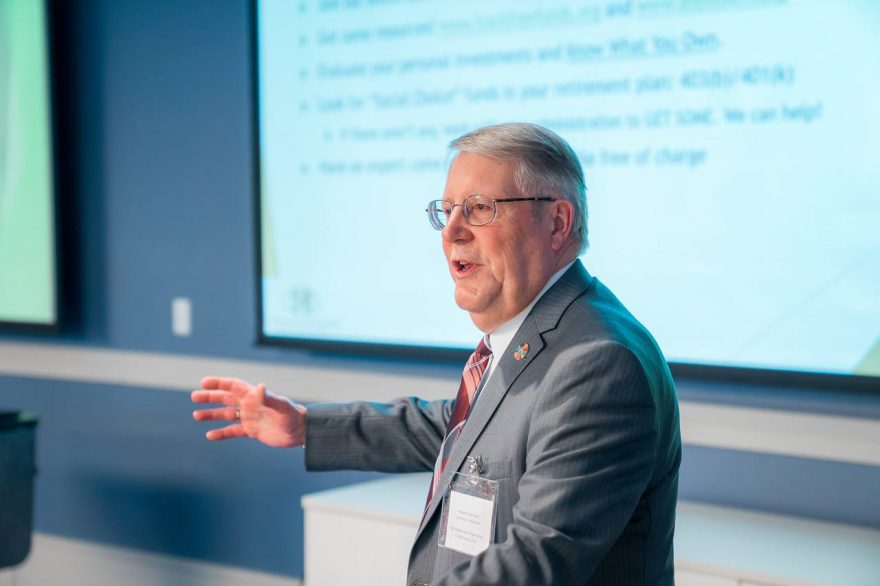 You’ve heard of the family office model that’s built to sustain intergenerational wealth. Common Interests can be described as a family office for families that can’t meet prohibitive investment minimums that rarely start below $500,000.

No such obstacles at Common Interests, where Goellner and his new junior partner, Max Mintz, may even discount their hourly rate based on a client’s ability to pay. Those with the biggest problems deserve the most consideration, they emphasize, regardless of their net worth. Taking into account Einstein’s theory of time being relative, the firm may even deem some hours to be longer than others, though all start at 60 minutes.

“We’ll invest more into our clients so they’ll have more to invest with us,” the affable and ever-quotable Goellner assures during a lively chat with Equity this past September. “We’re the blue ocean.”

Blue sea for yourself

For as Goellner goes onto explain, he’s long perceived the business world as divided into red and blue oceans. Businesses in the red ocean compete, as Goellner puts it, like “rams butting heads in mating season, with nobody winning and everybody bloodied.”

Then there’s the blue ocean, where a firm holds itself out to highlight its uniqueness and attract clients who already want to work with them, even if they don’t know it yet. 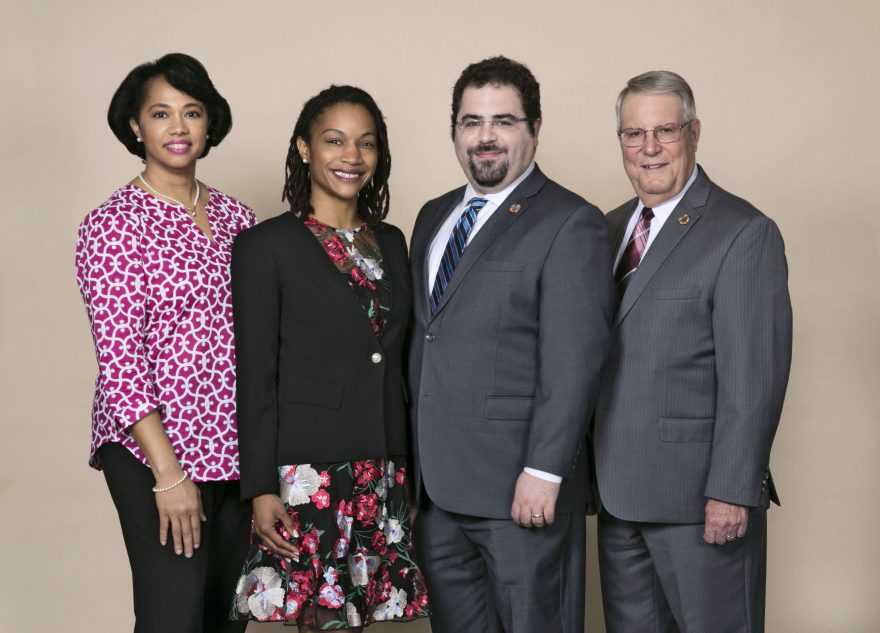 “Here you build your firm’s value proposition in a way that makes competition irrelevant,” Goellner says. “You don’t even have to compete, because even though you too are offering financial services, yours don’t look the same as everyone else’s.”

That’s partly because Common Interests’ services go so far as to resemble the most benevolent coaching. Perhaps a client needs help crafting a resume, honing his or her interview skills, or figuring out how to pay off a college loan while still affording some discretionary income. Maybe an older client needs to restructure a portfolio following the divorce or death of a spouse or partner. Or a small business owner needs a creative, but legal, way to cover employee benefits or arrange a succession plan.

The partners assure that they, as well as office and client service manager Ruth Arriaza and client relationship manager Dianna Lauren Jones, have the life experiences and professional expertise to weigh in on those situations and more—cash flow, debt, credit, home buying, retirement, insurance, investment strategy, estate planning, even LGBTQIA+ issues.

“You won’t find many firms like us,” Goellner says, quick to bring up another differentiator—Common Interests’ focus on Sustainable, Responsible, and Impact Investing (SRI), where it’s able to align a client’s investments with his or her values; and the Environmental Social & Governance (ESG) screening they use to “lift the hood” on their investments.

Perhaps someday Common Interests’ competitors will realize that SRI and ESG are both moral and good business practices that may have extra appeal to millennials.

“And I are one,” reminds the good-natured Mintz who—like so many others his age—has a vested interest in a world conducive to sustainability and human rights.

Though Goellner is well past millennial age, he’s young at heart with a mix of his own generation’s idealism, which drove him to sign on to the United Nations’ Principles of Responsible Investment. Common Interests became a Certified B Corp—that’s B as in benefit—in 2014, and for the past three years has been awarded the “Best for the World” award in the “Customer Impact” category for mixing sound business with social responsibility.

“We’re investing with people who play nice in our sandbox,” he says, adding that’s it’s easy to win hearts once it’s explained how one might personally benefit as well. For instance, mitigate deforestation in some far-off locale by investing in sustainable agriculture. “By being a B-Corp, we’re putting our money where our mouths are and holding our firm to the same standards that we use in evaluating investments.”

The firm’s website details all 17 of the U.N.’s Sustainable Development goals of the next 30 years, and the business and investment case for doing so.

Recently Goellner and Mintz completed an evaluation of their own supply chain, which ended in them parting ways with their former broker/dealer in favor of Vanderbilt Financial Group, which promotes itself as “the sustainable broker dealer.” Its “impact investments” embrace the same SRI and ESG ideals of Common Interests, greatly increasing the sustainability of the firm.

Branching out on his own

So life is fulfilling on many fronts for the Common Interests partners, with Goellner thankful he founded the firm in 1994 at the age of 50 after a career that began in the insurance business in 1967 and then “morphed” into the broader financial services industry; ultimately ascending to be the branch manager of a large office—and hating every minute of it.

“I felt like I was under attack from every compass point at all times,” he says. “The solution was to go out on my own and do my kind of thing. I researched the subject, spoke to a lot of intelligent people, created the logo and the name ‘Common Interests’ and its slogan: With An Eye Toward Our Future.”

Among Goellner’s early clients was the Mintz family. Around this time, the young Max Mintz, a self-described “big-haired philosophy major,” became interested in responsible investing, after Robert introduced him to the concept, because of its connections to his studies at Rutgers, which focused on practical ethics. It took some years for that seed to grow, with Mintz, too, winding up in insurance after graduating in 2006—and hating it. Six years ago, while working with a Rutgers think-tank, Mintz learned of an opportunity at Common Interests that fit his profile, part of it being a “paranoid millennial techie” who could also help on the all-important info-tech front.

Aside from its new partnership with Vanderbilt, Common Interests has changed its billing from commission to fees, and gone from individually-designed portfolios to no-minimum customizable investment models. As its clientele grows and sustainable investments bear fruit, the firm is further able to expand its so-called “financial wellness” services, always moving ahead to “Empower (More) Financial Wellness.”

All in all, Goellner and Mintz say business is going swimmingly. In a blue ocean, of course.