Thematic and Impact Investing for the Masses

Long before he opened his own hybrid advisory in 2012, Igor Tsukerman had a knack for identifying trends, sometimes being so far ahead of the herd that his previous employers would disregard his investment assessments. And, not infrequently, they would come to regret it.

Such was the time when he headed the proprietary trading technology team for JPMorgan Chase during the mid-2000s and pitched the management on the potential of Netflix. 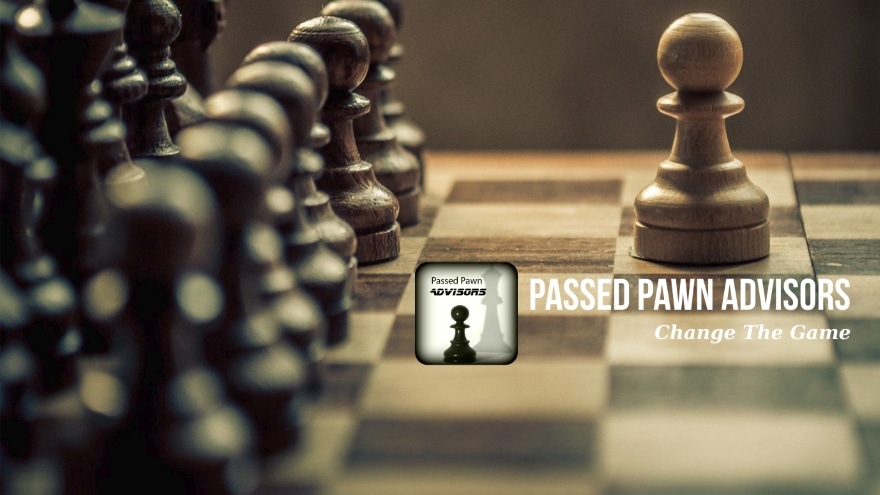 “’Netflix will put Blockbuster out of business,’ I tried to tell them,” the Ukraine-born Tsukerman recalls during a spirited interview with Equity in December. “I knew they [Netflix] had just added the CEO of TiVo to their board of directors and were looking to do more than just DVDs by developing streaming technology. If they succeeded, that would be the future.”

Walmart would put Netflix out of business, he was told.

And Blockbuster? Well at least Tsukerman wasn’t surprised when that erstwhile video-rental heavyweight filed for bankruptcy protection in 2010. Meanwhile, home entertainment has been taken to a new level, Netflix going on to enroll nearly 140 million subscribers worldwide, and while its stock—like that of many companies—has lost value since last summer, it’s still the single best performing U.S. brand over the past decade.

And Tsukerman? Having had his fill of the wirehouses, he’d go on to co-found Passed Pawn Advisors in New York City, where he relishes assembling portfolios for clients that can merge technology and economic trends with a greater societal good—the thematic and the impact.

About that name: As Tsukerman explains, a pawn in chess is normally the weakest piece on the chess board. But a passed pawn has a clear path to becoming a queen. It provides its owner with a huge advantage and often becomes a game-changer while others may not see it coming.

“Our tagline is, ‘Join us and change the game,’” Tsukerman says. 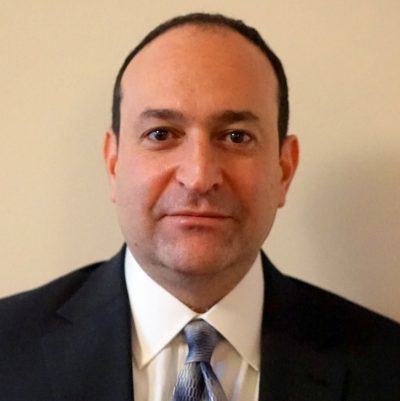 Some kind of crowded field he got into as well, Tsukerman estimating there might be 30,000 or so U.S. investment firms, most of them promoting themselves from the same boilerplate.

Well, he too can offer a client-first, conflict-free holistic and agnostic approach for the appropriate risk tolerance and investment horizon, but Tsukerman doesn’t stop there. He can offer the digital-only, almost automated approach as well as the traditional high-touch, full-service investment advisory.

Call it the hybrid approach.

“What differentiates us is our specialty of helping you allocate your investments with a trend that aligns with your personal values,” Tsukerman explains, adding that the possibilities seem to grow exponentially.

Netflix was just that kind of thematic investment, as was the personal computer during the 1980s and the internet in the 1990s. More are coming, Tsukerman feels safe in assuring. Trends, after all, can hail from any number of sources: economic, demographic, geopolitical, regulatory, technological etc.

“If you can identify the trend and jump aboard early, you will likely be rewarded in the long term,” he says.

But be prepared for what could be a long journey. Even Netflix didn’t skyrocket overnight.

Then there’s the impact side of the equation that’s become among the most significant of investment trends. Perhaps especially so for the millennial generation, which often doesn’t judge success by the bottom line alone.

Such an investor might want to do more than simply avoid a company he or she finds objectionable, while allocating funds to one that might have an admirable environmental record or boast a diverse board and brass. Impact investing enables one to do just that.  You can essentially bankroll—and profit from—a company performing a worthy and viable endeavor. 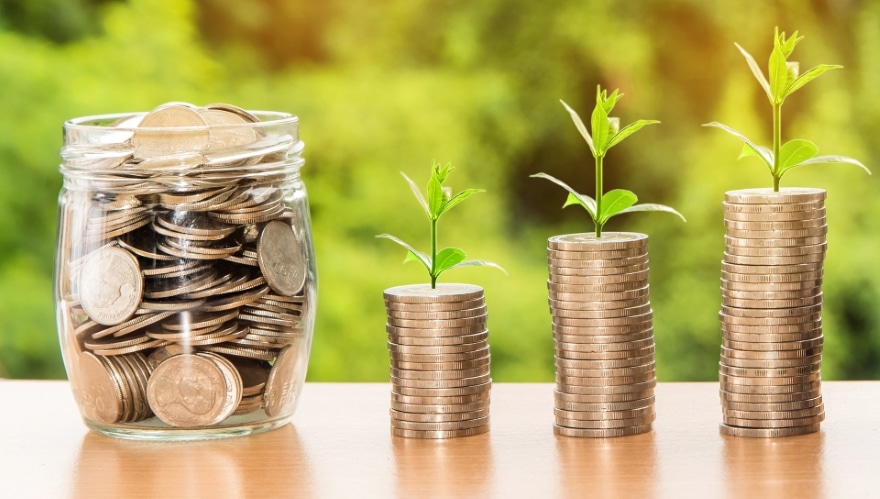 It could be a company spearheading economic development, health care or environmental projects in an emerging market. Sustainable agriculture and clean water are in vogue. Same for affordable housing, renewable energy or advances in biotech.

“In addition to how much risk they can endure, we ask our clients what their values are, what kind of a world they’d like to live in, and how much of their portfolio they want to allocate to that,” Tsukerman says. “If someone wants to put funds into green energy, by all means, we have multiple options for that such as solar, biofuel, clean technology and waste management that isn’t green energy per se but is part of the environmental picture. We have around 400 thematic and impact portfolios built and maintained. If we don’t have a specific portfolio, we’ll build it from scratch on demand.”

And there’s no mandatory minimum either—another factor that sets Passed Pawn Advisors apart from investment advisories that often demand at least $500,000 in assets. There is a minimum annual fee, however, as the firm outsources the brokerage business to Motif Investing and Interactive Brokers.

“For all practical purposes I’ll tell a client they can talk to me for $300 and I’ll design and manage a portfolio that will be worth your while,” he says. “Hopefully it will grow and we’ll grow with you, and you’ll stay with us.”

A digital-only option for the smallest account, under $10,000, is only $8.99 per quarter.  Other options including full service offering are listed on the Company’s site.

Ahead of the curve

While the thematic investment approach isn’t revolutionary, it used to necessitate a research team and active management, putting it out of the reach of many investors. Here the process is streamlined, and savings are passed to clients.

Tsukerman’s credentials include a financial engineering background. That’s a most ambitious discipline that merges such subjects as math, finance and computer science, and is becoming common study for would-be investment professionals. Only Tsukerman got on this train early, earning a graduate degree in the subject from the New York University Tandon School of Engineering in 2006, nine years after a BA in math from Cornell University. He’s held several high-profile positions in the financial industry including stops at JPMorgan Chase, Merrill Lynch and Bank of America, as well as experience with startups. 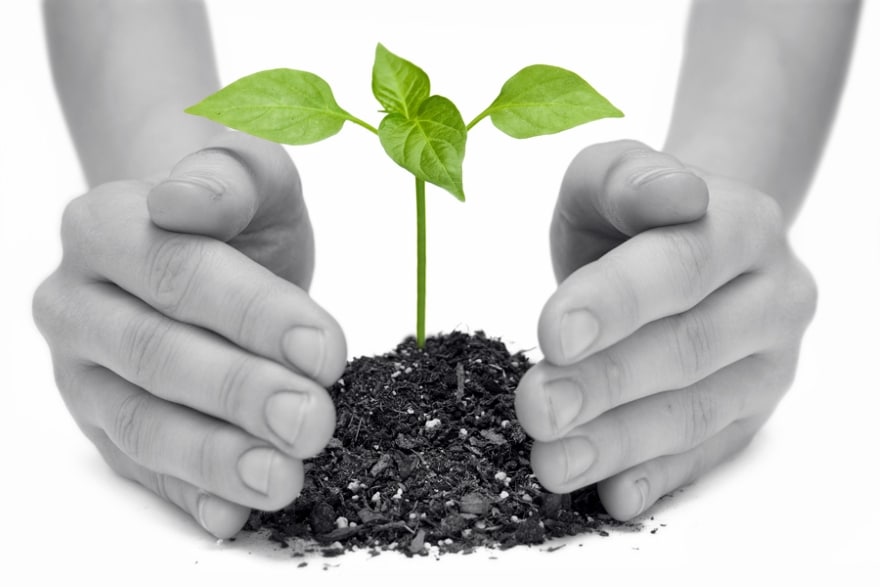 He’ll acknowledge the risk in co-founding his own firm, but had his own parameters for risk management. And, he reminds, America is the land of opportunity—something his parents were well aware of when, as political refugees, they brought him to New York in 1990, just before the breakup of the old Soviet Union.

How quickly this brood assimilated, and how naturally the son took to investing when his parents allocated funds in a Schwab brokerage account in 1995 and asked him to make it grow.

“As my first trade,” says Tsukerman, now the married father of two school-age girls, “I bought Netscape when it went public. The internet was just getting into homes and Netscape was the window to it. In a few months, I doubled my investment and went on from there.”

And way past those wirehouses that sold him short.