Building a sustainable portfolio for the world

On September 11th, hundreds filed into the United Nations (UN) Headquarters in New York City. As they walked past the 193 flags signifying the body’s constituent countries, one standard flew at half-mast, in remembrance of the thousands of Americans and others, killed during terrorist attacks on the Twin Towers and the Pentagon 17 years ago.

Only, these weren’t UN dignitaries en route to a special session, but delegates of a different kind. The vanguard of a growing—and decidedly rosier—global phenomenon: Sustainable, Impact, and ESG (short for Environmental, Social, and Governance) Investing. 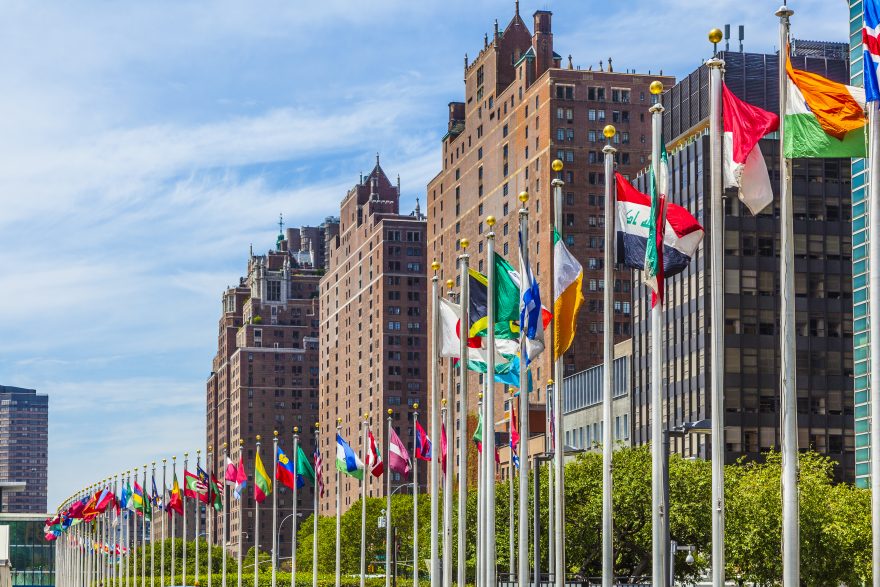 Its third installment now officially in the books, the 2018 Sustainable Investing Conference represented something of an inflection point for the event’s co-organizer, Jeff Gitterman, of Gitterman Wealth Management (GWM).

“This was our first year holding the conference at the UN, and that was really at their request, because I think they see this critical mass starting to form,” says Gitterman, who was also one of the event’s keynote speakers. “The world has enormous problems to solve, and we simply can’t address them all without the power of private capital.”

Beyond the bottom line

While sustainable development has become something of a buzz term in recent years, environmental sustainability is just part of the Impact and ESG investing equation, a strategy that also involves focusing on companies that are committed to ethical growth and corporate stewardship.

For example, rather than putting money in a portfolio stocked with oil companies or weapons manufacturers, firms like GWM encourage clients to look beyond the near-term. According to Gitterman, as more environmentally friendly and socially responsible companies gain a greater foothold, the potential for robust returns and a better world have also increased. 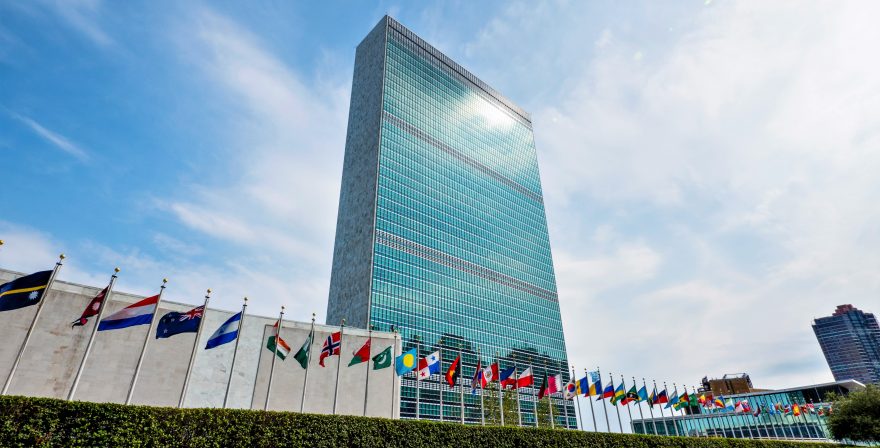 “The biggest myth in the financial community right now is that ESG Investing doesn’t yield good returns,” Gitterman explains. “In one of the conference’s panels, we’re highlighting managers that have a five-year track record of these investments outperforming alpha benchmarks. We need to make this the prevailing narrative going forward.”

In describing the efficacy of ESG, Gitterman uses a not-so-obvious analogy: maps. Historically, most investors have primarily based their investing decisions on financial statements, which Gitterman compares to the old fold-out maps we used to rely on when taking a road trip.

Over the past decade, the enormous amount of data coming through our car’s or phone’s GPS system has rendered these maps obsolete, and a similar type of data revolution is taking place within the Sustainable, Impact, and ESG Investing world.

This is why Gitterman calls ESG the “GPS of investing,” as ESG uses big data in the same way that our GPS systems do, providing an added layer of due diligence, while also evaluating companies for their environmental, social and governance impact.

ESG Investing has never lacked for data. What it has always needed is a destination—one that balanced financial independence with larger, more globally oriented goals.

That’s where the UN comes in. By tethering ESG portfolios more tightly to the UN’s sustainable development goals—things like zero hunger, climate action, and reduced inequality—Gitterman believes his, and other like-minded firms, can finally put the pin on the map.

“Part of the goal of the conference is to get these advisors to take small steps along this path,” Gitterman says. “And we do that by positioning fiduciaries as stewards. Not just of their clients’ wealth, but of the planet.”

In short, Gitterman hopes to spark a kind of epiphany of purpose among attendees, not so unlike the one he himself experienced just a few years ago.

Gitterman has always harbored somewhat atypical views, buoyed by the belief that doing well by doing good doesn’t need to be an oxymoron. But it was through a different endeavor, helping to produce the acclaimed 2015 documentary “Planetary,” that Gitterman found the wakeup call he was looking for. 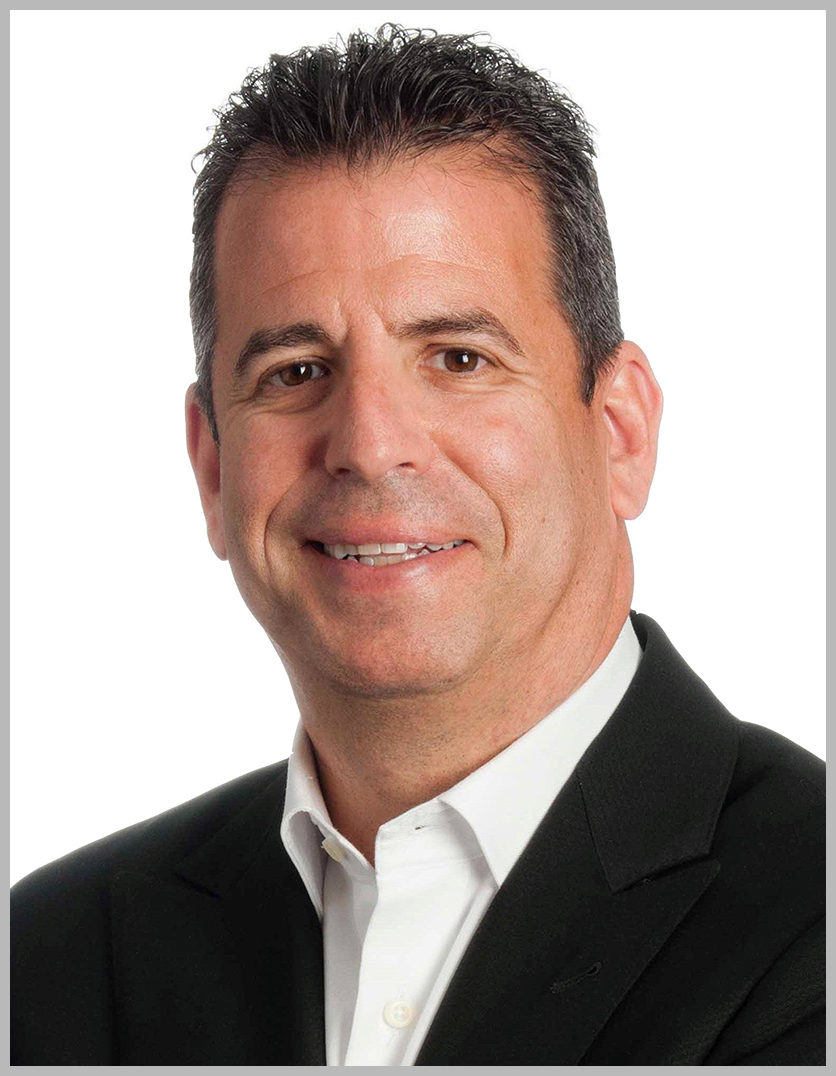 “Here I was helping make this movie about the world’s biggest problems, and when people would ask me what I do for a living, I felt this nagging contradiction,” Gitterman recalls. “I guess you could call it a midlife crisis. I wasn’t living in my business life what I believed in my personal life.”

Determined to make ESG the focus of his firm, Gitterman converted $90 million of GWM’s assets to full sustainable portfolios in just two years, a process he says allowed him to have “deeper, more meaningful conversations” with his clients.

Perhaps the biggest boon to Gitterman’s efforts, however, came from the most unlikely of sources: Donald Trump.

“A lot of our clients are college professors, and after the election, we started getting a lot of phone calls from people wondering what they could do,” Gitterman recalls. “I told them, ‘You can’t do anything with your vote. But you can do something with your portfolio.’”

While non-ESG vehicles still make up a majority of GWM’s assets, Gitterman says the scales are continuing to tip. According to a recent trends report issued by Morgan Stanley, 80 percent of surveyed clients said they were interested in learning more about sustainable investing. Even more telling, more than six percent of advisors are now on board with ESG—a number that correlates strongly with what Gitterman calls “critical mass” for a product poised to take off.

The Sustainable Investing Conference at the United Nations aims to build on that momentum. With panels featuring some of the industry’s heaviest hitters, the event marked what Gitterman hopes will be the next phase of ESG’s growth.

“I went on a silent retreat recently, at a place where they’ve been hosting retreats for 30 years, and there was a palpable energy about it,” reflects Gitterman, a devout meditator since the age of 13. “Think about how much energy of change and hope has coursed through the UN. It invites a bigger perspective—that we can really start to address the world’s problems. We can do that, and ESG is one of the tools we have to use.”