ESG: From fringe to financial fold

At first glance, Jeff Gitterman’s 2019 agenda reads more like a jetsetter’s itinerary than a business calendar.

There are the high-powered conferences in San Francisco, Milwaukee, Portland, Austin, Seattle and Washington, D.C. He is currently in talks to host a show on Asset TV to educate the public and other advisors on the morals and merits of environmental, social and governance (ESG) investing. In September, he will help conduct the fourth annual New York Sustainable Investing Conference, which, for the second year in a row, will be at the United Nations (UN) Headquarters—an event he founded and continues to organize, to ever-greater publicity and fanfare. And on it goes.

But for Gitterman, co-founder and partner of Gitterman Wealth Management (GWM), the coming year isn’t just about bolstering his firm’s book of business; it’s about building a movement—one mind at a time.

“Our attention as an industry needs to shift to advisor education. That’s the big story for this year,” Gitterman says, speaking to Equity just before the New Year. “There’s still a gap between client demand for ESG, which is growing, and advisors getting more fully on board. But we’re starting to see that groundswell, and we’re right on top of it.”

Forms of ESG investing have existed for decades. Trade union pension funds have long been invested in social-capital projects, and there were widespread efforts to divest from companies tied to apartheid-era South Africa in the 1980s. 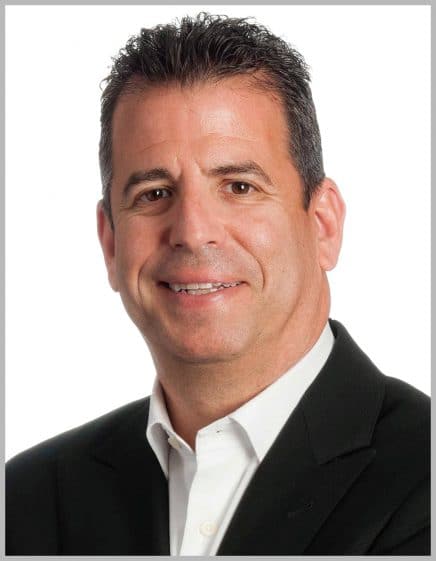 However, in recent years, the overall ESG strategy has gained momentum, nowhere more so than the environmental stewardship space, where investors are seeing competitive returns from areas like alternative energy and sustainable agriculture.

By and large, the industry has moved to meet that demand, Gitterman says. ESG-focused capital management firms are cropping up across the country. Conferences with ESG themes that used to happen once a quarter—“If that,” Gitterman says with a laugh—now fill his calendar.

And yet, he feels there’s a disconnect between investors interested in ESG (upwards of 83 percent is the figure he gives), and the 6 percent of wealth advisors who say they’re “highly interested” in offering products in the ESG space.

“The simple fact is there aren’t enough suppliers to meet the growing demand,” Gitterman says. “We have to bridge that gap. It’s not just about being more conscious investors; the opportunity for good returns is considerable.”

The long and short of it

According to Gitterman, two factors—one immediate, the other big-picture—are accelerating migration. First, on the heels of the longest bull market in history, Wall Street’s recent swoon has forced many investors to reevaluate their portfolios, with an eye on more stable vehicles that tout decent-to-strong earnings potential.

Here, the numbers more than back up the notion. According to global index provider MSCI, its ESG Leaders IM index has outperformed its standard EM index by an average of 2.4 percent annually over the last five years.

“No one changes their behavior when everything’s working,” Gitterman says. “With the recent market hiccups, people are starting to think more about long-term strategy. Clients are becoming more mobile.”

More broadly, as the world readies for the largest transfer of wealth in human history—from baby boomers to Generation Y and millennials—younger investors have shown an outsized interest in ESG investing.

It’s a phenomenon Gitterman and GWM are seeing firsthand.  In the past two years alone, the firm has converted $122 million of its $456 million in assets under management into ESG investments, owing to what Gitterman calls an “explosion of interest in ESG.”

Still, such a pivot will hardly be seamless. According to Gitterman, just 2 percent of all intergenerational wealth transfers remain with existing management firms—a jarring number that highlights the disconnect between boomers and their more ESG-driven progeny.

“As an industry, we have to be better about bridging those divides,” Gitterman says. “You can’t just tell the next generation what we can do; you have to show them. You have to prove it. But you can’t prove it if you don’t appreciate the potential that exists in ESG.”

All the right turns

One big reason for the recent surge in ESG investment, beyond demographic differences and macroeconomics, is the growing trove of corporate reporting data. In the past, Gitterman explains, investors primarily based their decisions on financial statements—which he likens to old maps and atlases.

Today, he says, those means are obsolete, replaced by what amounts to better technology and information.

“We’ve found that companies in the ESG space tend to be more transparent about what data they supply and how they provide it,” Gitterman explains. “That allows us to find that sweet spot between market performance and social and environmental impacts.”

According to Gitterman, ESG investing has never lacked for sound data. What it needed was a destination, one that balanced financial independence with larger, more globally oriented goals.

In 2015, the U.N. released a series of 17 sustainable development goals. Encompassing everything from zero hunger and clean water to climate action, the initiative was a call to arms for Gitterman and his firm—the narrative they needed to convince older investors that time, like their money, is of the essence.

“By and large, my generation doesn’t respond as much to data and analytics; we respond to stories,” Gitterman explains. “The U.N. has given us that story. Up until 2015, the main thrust of ESG was risk-mitigation. After 2015, it’s about affecting positive change and solving our most pressing problems.”

Speaking to Equity on the cusp of the New Year, Gitterman’s goal was to make the discussion of ESG “debate-driven”: the merits of active versus passive investments, pushing climate change more firmly onto center stage, and so on—all with the aim of bringing the industry’s advisors—roughly 285,000 in the U.S. alone—more firmly into the ESG fold.

“Part of the goal of the conference is to get advisors to take small steps along this path,” Gitterman says. “And we do that by positioning fiduciaries as stewards; not just of their clients’ wealth, but of the planet.”