To become a successful wealth manager, one needs to understand the financial landscape—where it’s fertile, where it’s barren and how to cultivate strong long-term yields.

For Ben Bingham, the analogy hits a bit closer to home—and his current work. 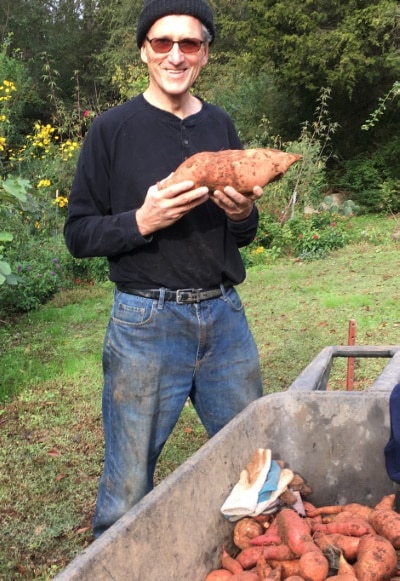 After decamping from Yale University to England’s Emerson College in 1970, ostensibly to avoid being drafted in the Vietnam War, the philosophy-major-turned-agriculture-student found in the school’s surrounding farmlands the perfect metaphor for his bourgeoning worldview: a place where each parcel, by “heeding its own internal logic and resources,” contributed to a healthier, more sustainable ecosystem.

“I think of our funds as little farms: each one is unique, and there’s no one-size-fits-all approach,” says Bingham, founder and CEO of 3Sisters Sustainable Management, a registered investment advisor (RIA) based in Philadelphia that manages Scarab Funds.

“It’s all about diversification,” he continues. “One reason you don’t grow just one crop is you deplete the topsoil and end up having to replace it with harmful chemicals. It’s no different with investing. You want to grow a variety of things in an ecosystem that fits the investor and the current economic landscape.”

The seeds and the soil

In 2012, a year after launching 3Sisters, Bingham created what would become the firm’s flagship offering. Called Scarab Funds, after the beetle revered by the Egyptians for its environmental benefits, these investment vehicles—built primarily for clients in the institutional and foundation space, or those with at least $1,000,000 to invest—emphasize social and environmental returns alongside financial ones.

There’s a global all-cap fund focused on public market stocks with a proven track record of corporate social responsibility (CSR); another one for the microloan market; a third one for private debt in social enterprises; and a real asset fund geared toward the green sector.

“Each fund represents an asset class, and our goal is to cultivate a diverse and scalable ecosystem within that financial instrument,” Bingham explains.

For public stocks, Bingham and his team use aggregated data provided by CSRHub, a leading CSR intelligence database—launched with the help of 3Sisters—designed to vet companies for the highest possible ESG ratings.

In addition, the firm is raising new positive impact capital for a real estate and debt equity fund that will provide high return financing in opportunity zones that may have been previously redlined.

Bingham also relies on Star Mountain Capital to diversify its crop of high-impact private loans. Based in New York, the firm helps established, small and medium-sized companies bolster their impact initiatives while increasing profits, through practices like internal governance, culture and ESG education.

“What makes our partnership with Ben so enjoyable is that our organizations are geared the same way, towards a combination of mission and results,” says Brett Hickey, Star Mountain’s CEO. “As part of our Collaborative Ecosystem® we’re committed to increasing the value of these businesses by giving them proven large-market resources they wouldn’t have otherwise.”

According to Bingham, Scarab’s funds currently hold more than $25 million. His plan is to quadruple that number by 2020. What’s more, the returns have been generally higher than market, from 2 percent on very short-term debt to high single and low double digits in Scarab’s private debt and real assets equity.

However encouraging, Bingham says such growth is secondary to a larger, far more pressing concern: the future of life as we know it.

No time to lose

In a bombshell report released this past October, the United Nations argued that, barring $1.6 trillion per year in impact investments—and a 50 percent reduction in human-caused carbon dioxide emissions—by the year 2030, the worst effects of climate change will be unavoidable.

To address this crisis, Bingham is launching the 2030 Bingham Foundation, with the aim of encouraging philanthropists and institutions to embrace 100 percent impact investing. 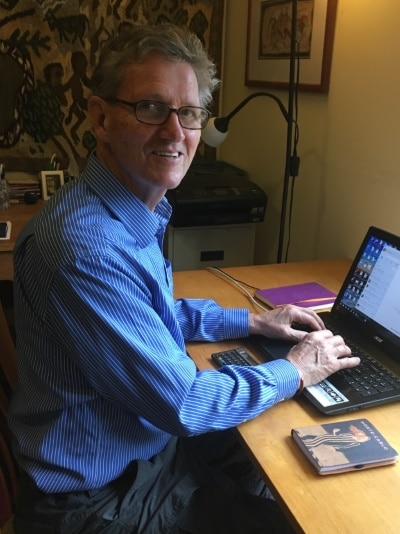 “I was inspired by Jed Emerson, when years ago he wrote an article at Stanford about how just 5 percent of foundation money is gifted to charitable causes; the other 95 percent has little to no charitable purpose,” Bingham explains. “I want to show that foundations and philanthropists do not need to increase their risk or lower returns when they invest more in impact.”

At the core of the foundation is WikiPositive, a volunteer-managed, web-based compendium of companies identified by 3Sisters as having strong ESG credentials. While Bingham and his team decide which entities will be included, the public will be invited to leave comments and feedback within the company entries, as they would in Wikipedia.

According to Bingham, the reason stocks fluctuate so easily is that “everyone is invested in similar, overlapping ways.” Of the 80,000 publicly traded companies featured on Bloomberg Terminals—the software platform of choice within the industry—Bingham says less than 2,000 figure prominently in most mutual funds.

WikiPositive addresses this blind spot, using a combination of internal research and public recommendations to identify companies that are off the Bloomberg radar and, more importantly, exceptional in their impact bona fides.

“We see this as a forum to really educate people and institutions about the benefits of impact investing,” Bingham says. “There’s a need to help create liquidity for companies that are doing amazing things, but just need some more exposure.”

In order to meet the U.N.’s sustainability goals by 2030, Bingham says investors need to commit to higher social and environmental standards.

Not only does Bingham believe the goals are attainable; he feels that $1.6 trillion figure drastically undersells the amount of capital ripe for the ESG plucking, to the tune of about 80 percent.

He’s even written a book—“Making Money Matter”—which lays out the prescriptive framework.

Getting there, however, will require more than just “preaching to the choir.” To that end, Scarab Funds is currently working with Small Change to target real estate investments in “opportunity zones,” low-income or troubled areas where investors may receive capital gains tax breaks for their investment—say, a health food court in a neighborhood with no easily accessible grocery stores.

While more incremental in scope, Bingham sees such investments as a crucial piece of the overall puzzle. Though another analogy might be more apt.

“I see these opportunity zones as places to plant the seeds of future growth,” Bingham says. “I’m an optimist; I believe we’re starting to see a transformational shift in where money is being invested—to the tune of trillions. But we can’t lose sight of these smaller projects. They all add up.”